The role of Distribution Utilities in promoting and harnessing rooftop solar potential cannot be emphasized more. However, there has been a slow progress on this count, particularly in deployment of residential rooftops across state utilities in India.

(a) Guidebook for Demand Aggregation: It explains how factors such as access to finance and policy uncertainty are slowing the roll out, and how demand aggregation can help utilities lower costs, reduce risk and expand market opportunities. This guidebook describes the approaches to program design and implementation and list the important parameters that any utility should consider before designing a demand aggregation program. The guidebook is published in ADB’s website: https://www.adb.org/publications/guidebook-demand-aggregation-way-forward-rooftop-solar-india

(b) Guidebook for Utility Led Business Models: It explains India’s renewable energy targets and explains why rooftop solar generation has been slow to increase despite an enabling policy environment and attractive economics. The utility can play an active role and drive the adoption of rooftop solar through development and implementation of new and innovative business models. This guidebook identifies the roles and responsibilities of various stakeholders and discusses four business models to help utilities evaluate and finetune their strategies. It shows why taking a targeted approach can maximize economic benefits for utilities and deliver long term advantages for consumers. The guidebook is published in ADB’s website: https://www.adb.org/publications/guidebook-utilities-led-business-models-rooftop-solar-india 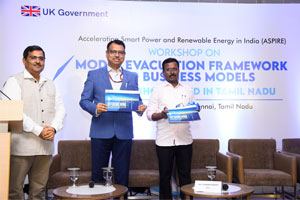 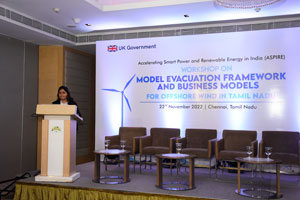 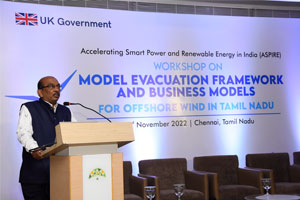 During the event, Mr. Dinesh Jagdale, Joint Secretary released the Coffee Table Booklet on The Offshore Wind for Tamil Nadu state. The discussions at the workshop have been very engaging and would help India to accomplish its Offshore Wind Energy ambition.

Report on ‘Acting on Climate Change: The Time is Now

Green Artha and Ashoka undertook a study on ‘Acting on Climate Change: The Time is Now’. The study focused on identifying and showcasing diverse, innovative large-scale ideas and systems-change approaches that accelerate the adoption of collaborative action.

Balawant Joshi, MD, suggested a way to incentivize funding for banks. He stated, ‘there is a need for carbon offsets/carbon financing solutions to underwrite the new risk models for banks. Currently, they ask for a high level of collateral even for a 25 Lakh loan which is obviously not viable for MSMEs.’ His insights are quoted in the section “Creative and Collaborative Climate Finance”, pg. 43-44.

Acting on Climate Change: The Time is Now

The transmission business is a natural monopoly and must be regulated to ensure fair access and prices for users, efficient and reliable operation and to encourage optimal investments. A strong and robust transmission system is key to reducing the overall cost of power and enhancing system reliability. This assumes even more importance in light of the inevitable transition to integrating high shares of renewable.

Along with strong regulatory oversight, effective Planning, Pricing and Participation models will be the key elements within the transmission sector reforms. The note focuses on the potential solutions to address the challenges around optimal transmission capacity planning and additions and will thereby enable investment for faster development of transmission infrastructure in India. It has evolved through extensive deliberations and consultations with a Transmission Expert Group and captures priorities of the reform agenda and suggests potential actionable interventions.

The first issue of ADB TA Footprints provides highlights and updates on the key interventions of the ADB TA Programme, with support from MNRE. The initiative is to ensure continuity of communication with all stakeholders and beneficiaries of TA. The Programme is being implemented by KPMG in India and Idam Infrastructure Advisory Pvt. Ltd., in association with ON PURPOSE and First Green Consulting Pvt. Ltd.

The Government of India’s renewable energy (RE) target of 175 gigawatt (GW) has led to an unprecedented capacity addition in the recent years. In the case of wind energy, the Government has not only set a target of 60 GW, but has also initiated competitive bidding resulting in significant decrease in the cost of energy. Owing to this initiative, presently, India has successfully achieved 71 GW of RE capacity as on 30 June 2018. For effective utilisation of wind resources, it is necessary to utilise wind potential at these sites. Thus, replacement of old wind turbines or ‘repowering’ assumes importance. Therefore, the Government of India announced the “Policy for Repowering of Wind Power Projects” on 05 August, 2016. However, despite the Policy, actual uptake of repowering project is rather slow. An up-to-date and revised study on the “Repowering of Old Wind Turbines in India”, commissioned by IGEF/GIZ and prepared by Idam Infra analyses the market for repowering in India, reviews the existing policies both for central and state governments and provides an overview of international success stories.

This revised and updated report shall re-ignite the debate on the challenges faced by repowering projects leading towards potential solutions. 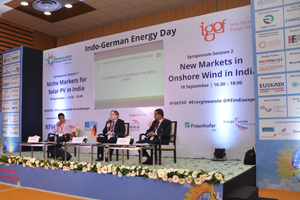 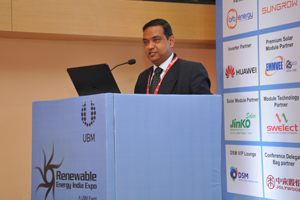 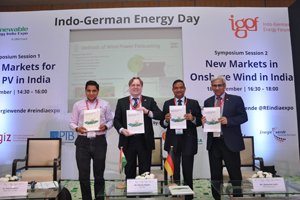 Shakti Sustainable Energy Foundation initiated a process of – “Evolving Consensus on Thematic Issues in Wind Sector through Stakeholder Engagement”, and engaged Idam Infrastructure Advisory Private Limited for executing the process. This initiative is an effort to establish a broad-based platform for evolving onsensus around solutions that can potentially mitigate the issues impeding the development of wind energy sector in India. This platform – called the Wind Discussion Forum – provided for open discussions and deliberations amongst various stakeholders to evolve development and policy approaches that are acceptable to all as well as practically implementable. These discussions were supported by independent research.

The ‘Wind Vision 2032’ has been envisaged after analyzing the key aspects such as grid integration, financing and incentives, power procurement, project development and policy and regulatory support. 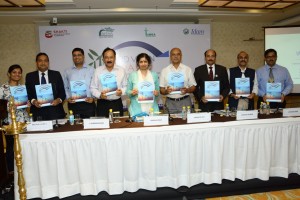 The Expert Report comprehensively and critically analysis the existing policies, schemes and rationale for the renewable energy sector in the country and has a chronological plan – short, medium and long term – to implement its recommendations.

Members of Parliament from a wide spectrum of political parties submitted this Expert Report to the Prime Minister of India.

MWRRA engaged Idam Infra for undertaking a study on allocation of costs to different categories of users, namely agriculture, domestic, and industry. The scope of the assignment included analysis of the matrix for cost allocation (2013–16) for developing the criteria with justification (reasoning and logic) for more precise allocation of costs among different categories of water users in the tariff exercise for 2013–16. MWRRA has now published the executive summary for stake holder consultation.

As India, with emerging economy, continues to develop rapidly, resulting in rapidly increasing demand surpassing massive capacity additions by government over decades. Improving access to modern energy sources, such as electricity, remains a key development challenge for the country and can play a critical role in improving social and economic well being of the rural population. With this very intention, in 2001/02, the Government of India pledged to provide ‘electricity for all by 2012’—a target later extended to 2017. To meet the target, two key ministries of the central government, namely the Ministry of Power (MoP) and the Ministry of New and Renewable Energy (MNRE), launched several programmes including flagship national programme for rural electrification, namely RGGVY, the Rajiv Gandhi Grameen Vidyutikaran Yojana, launched in 2005. Although RGGVY had managed to extend grid infrastructure to most of the census villages by the end of the 11th Five-Year Plan (2007-2012), adequate and reliable power supply remains a distant dream. In 2009, to provide electricity to villages and hamlets that are beyond the reach of the conventional grid, MoP launched the Decentralized Distributed Generation (DDG) Scheme as part of RGGVY. Despite intense effort more than 275 projects could get sanctioned and less than dozen, mostly SPV based small projects in Andhra Pradesh, could get commissioned toward fag end of 11th Plan. In this context, “Climate Change and Development (CCD) Division”, Embassy of Switzerland through its “Village Electrification through Sustainable Use of Renewable Energy (VE-SuRE)” engaged Idam Infra Team, for undertaking policy and regulatory analysis to identify the reasons because of which the developers are not coming forward to invest in DDG projects and also to suggest suitable modifications in the DDG guidelines to resolve the problems faced by the developers. This policy brief presents the findings of a study that sought to answer the question and offers a solution in the form of suitable modifications to the guidelines drawn up by the DDG scheme-modifications that, it is hoped, will attract developers from the private sector.