Our goal is to be an empowered organization, the collective success of which stems from individuals having knowledge, skill, desire, and opportunity to succeed in their chosen individual spheres.

Our vision is to be the preferred consulting organization in the energy utilities sector by delivering best services to our clients. 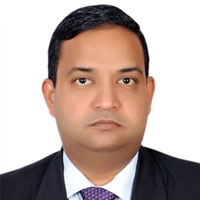 Balawant is the founder and Managing Director of Idam Infra and has over 25 years of experience in energy, utilities and infrastructure sectors in India that extends from O&M of power systems to financial modelling and valuation, from utility operations to consulting and from technology to regulatory aspects.

He is a well-known expert on policy/regulatory matters concerning electricity, renewable and energy efficiency industry. He has been extensively involved in the formulation and implementation of landmark National Policies relating to renewable energy such as Renewable Energy Certificate (REC) Framework for Ministry of New and Renewable Energy/Forum of Regulators (MNRE/FOR), National Solar Mission Guidelines for Phase I and II, Renewable Energy Tariff Regulations for Central Electricity Regulatory Commission (CERC), etc. , He is also involved in several key initiatives in energy efficiency area such as Institutionalizing DSM in Utility Sector and Conceptual framework for Perform, Achieve and Trade mechanism of Bureau of Energy Efficiency (BEE), National DSM Plan, etc. Currently, he is involved in conceptualization, design, development and implementation of Policy and Regulatory Framework for Rural Electrification through Micro and Mini-grids using Renewable Energy Resources”.

Balawant is a member of several committees set up by the government and industry on issues concerning development of the sector. He was a member of the sub-group on ´Grid connected Renewable Energy´ set up for preparation of 12th Five Year Plan and was also a member of the Task Force set up by CERC on issues related to integration of infirm power . He is also a member of National Renewable Energy Committee and Climate Change Business Council of Confederation of Indian Industry (CII) and of Governing Council of Indian Wind Energy Association.

Apart from government and private sector in India, he has worked as a consultant with several multilateral, bilateral organizations such as World Bank, Asian Development Bank, UNDP, GEF, REEEP, International Energy Agency, Swiss Development Agency, etc and NGOs such as Climate Works Foundation, World Resources Institute, Greenpeace, Climate Parliament and so on

Balawant regularly contributes articles on energy sector policy and regulation to journals such as Green Energy. He has also contributed a chapter in a book titled ´ Wind Power Development in India’ published by World Institute of Sustainable Energy.

Ajit is the Founding Director and CEO of Idam Infra. He has over 25 years of professional experience in energy and utilities sectors. Ajit brings with him regulatory perspective and is well versed with the risks and commercial arrangements associated with development, construction and implementation of various renewable energy generation schemes, transmission, evacuation, grid connectivity and distribution schemes.

He has assisted MNRE for the development of Conceptual Framework for REC mechanism for India and also supported CERC and Forum of Regulators (FOR) for development of Procedures and framework for implementation of REC mechanism in India. He has also assisted FOR in developing uniform Renewable Energy Policy framework across States. He has also assisted CERC for development of Norms and Regulations for Renewable Energy Feed-in Tariff determination which can act as guidelines for States across India. He has been leading several solar rooftop assignments pertaining to capacity building and institutional capacity development of utilities, training programs on regulatory aspects, state/city level solar rooftop development etc. He is working on developing regulations for promoting off-grid renewable energy projects for FOR-CERC. He has worked extensively with international organizations such as World Bank, USAID, DFID, GIZ, ADB, IREDA, international NGOs/Associations such as REEEP, Climate Works Foundation on issues associated with power sector reforms and clean energy development initiatives across Indian States.

Ajit was invited as member of a task force established by MNRE and CERC for grid integration of renewable energy projects and to resolve issues related to the implementation of the Renewable Regulatory Fund (RRF). He was also a member of the standing committee on transmission formed by the MERC to review and formulate a long-term perspective plan for transmission system plans in Maharashtra. Ajit was also member of the FOR appointed Technical Committee for the development of regulations and model framework for grid integration of renewable energy.

He has written several theme papers and discussion papers and drafted policy and regulations to create enabling policy and regulatory frameworks. He has acted as a knowledge partner, a faculty member organized workshops, worked on documentation of case studies, renewable energy technology handbooks, proceedings, manuals, apart from project/program evaluation/implementation reports as well as organizing capacity building training programmes of various stakeholders both national as well as international in the field of renewable energy (grid and off-grid) and energy efficiency.